Overview over the most important facts:

For a long time, Cameroon was considered a peaceful, democratic pillar in the West African region – until underlying conflicts between marginalized Anglophone groups and the predominant Francophone groups intensified. What began as mostly peaceful protest in the form of strikes on the part of Cameroon’s Anglophone groups, escalated into violent, armed confrontations in 2016. Since then, especially the north of the country has been in the grip of a serious security crisis. Additional challenges include frequent terrorist attacks by the Islamist group Boko Haram, poverty and inequality, as well as the rapidly advancing desertification in northern Cameroon, which makes it difficult to cultivate the land.

Refuge movements lead mainly toward Nigeria – but also to the tropical south of Cameroon, which is characterized by rainforests. But here, too, there are problems: Deforestation of tropical trees is shrinking the region’s rainforests at an unprecedented rate. And plastic waste – as in so many countries around the world – also represents a major environmental threat. Polluted rivers and beaches are the result, lack of education about proper disposal and the harmful effects of plastic on nature are the cause.

At the end of 2021, the country counted around 937,000 internally displaced people. For many people who have fled northern Cameroon, it is difficult to build a new home in the south of the country. Children and young people in particular need shelters that welcome them with open arms and make it easier for them to arrive in their new lives. 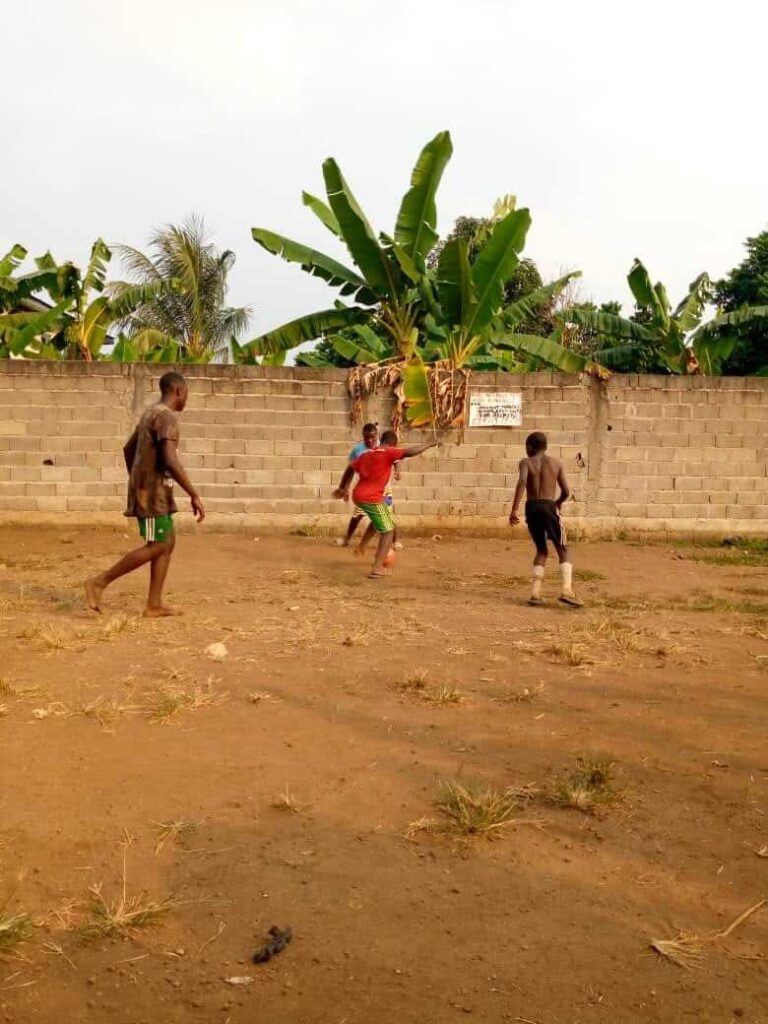 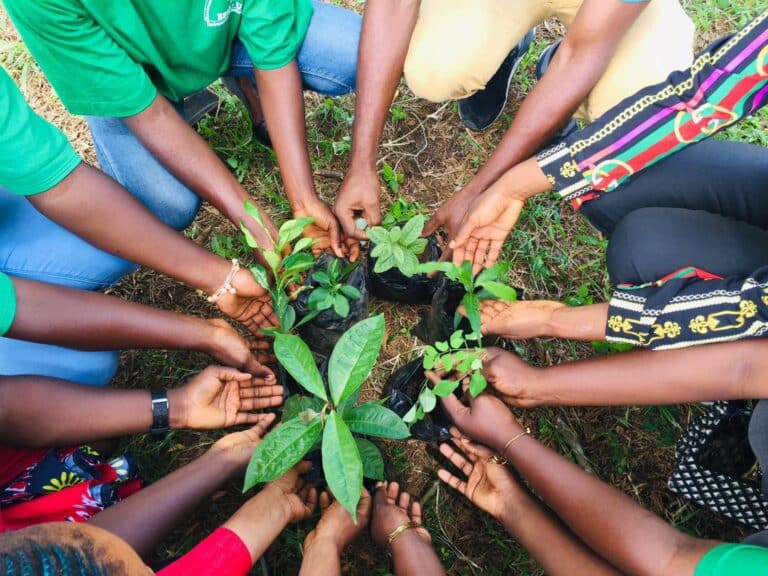 All these problems are addressed by the Center for Community Enhancement (CENEC) organization: The motivated group around founder Ngole Modecai Ewang has set itself the goal of empowering girls and boys in Buea, a regional capital in south-western Cameroon, through sports and educational activities, promoting gender equality and health, and offering internally displaced persons a safe place away from the streets. True to their four core values of passion, accountability, commitment, and servitude, CENEC aims to fundamentally improve the lives of local youth.

CENEC’s services are aimed at children and young people from the local population and internally displaced persons, who find meaningful occupation and like-minded people here. CENEC offers them a diverse program: From computer courses, soccer matches, and English classes to clean-up actions and conservation workshops – all activities aim to increase equality and educational opportunities and to develop awareness for climate and environmental protection among the young participants. This way, CENEC lays the foundation for sustainable development in the local community. The Sustainable Development Goals of the United Nations are always on their minds during their programs. 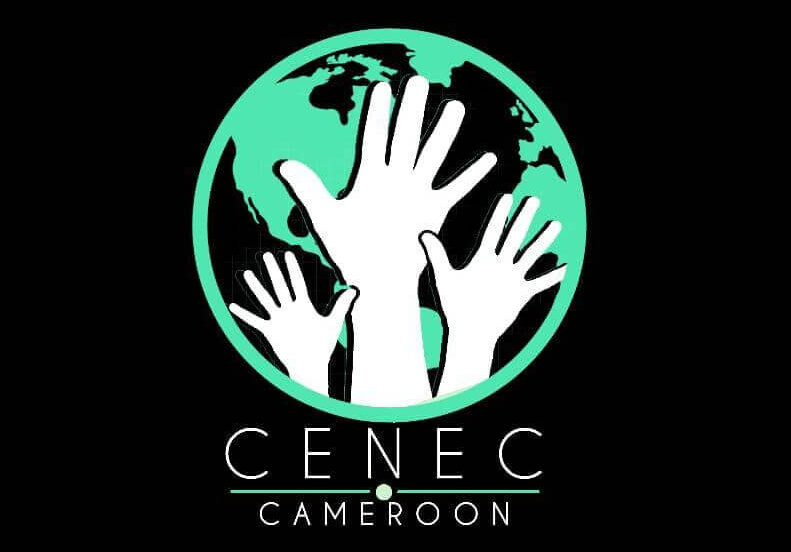 For the future, CENEC would like to have their own clubhouse where they can offer their courses, and which serves as a meeting place for peaceful exchange among the youth of Buea. We hope Abasha can fulfill this wish for them during our cooperation, and we are looking forward to seeing where the journey with CENEC will lead not only them but all girls and boys attending CENEC’s programs.

You want to support Abasha’s mission in general? Learn more: